In search of the perfect trail 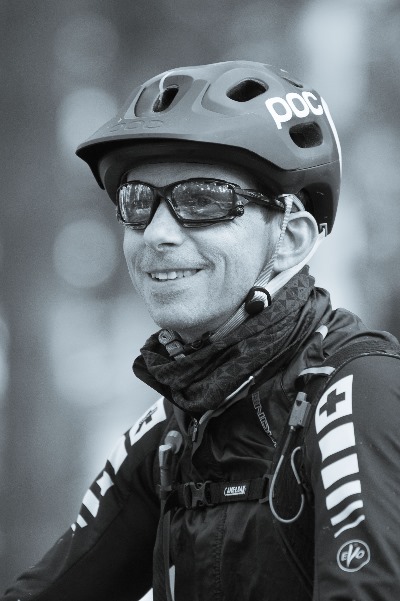 The consumate athlete, Antony is, amongst other things, a qualified Level 3 Personal Trainer (Morph Fitness) running boot camp courses. He is also a spin-class instructor at his local health club. His focus is on fitness and speed, to which end he races or competes for "Team Milo", "The Dorking Cocks" and Flowtastic in some sort of event on an almost weekly basis.

Mountain Mayhem, Dusk Til Dawn, Gorrick Seasons, Brighton Big Dog and Torq 12-12 are a few of the regular races he is seen competing in. Also as a Mountain Biker, he too has ridden in all the usual Alpine locations as well as competing in the point to point stages races such as Trans Rockies, Trans Alps, Trans Wales.

His biggest challenge being completing the South Downs Way Double 200 miles in less than 24 hours off road becoming only the 9th person in history to have completed it. As long as he is out on his bike and enjoying himself he is happy. Antony is also a supplier of energy bars, gels, sports drinks and nutritional products and advice from TORQ Energy and Forever Living, so you never get hungry on a Flowtastic ride!